50 of the Best Quotes about Law and Lawyers

The safety of the people shall be the highest law. – Marcus Tullius Cicero

At his best, man is the noblest of all animals; separated from law and justice he is the worst. – Aristotle

The Law is hard, but it is the – Law. – Cassandra Clare

In law, nothing is certain but the expense. – Author Unknown

I sometimes wish that people would put a little more emphasis on the observance of the law than they do upon its enforcement. – Calvin Coolidge

The law is the public conscience. – Thomas Hobbes

People are more afraid of the laws of Man than of God, because their punishment seems to be nearest. – William Penn

The law was made for one thing alone, for the exploitation of those who don’t understand it. – Bertolt Brecht

Law without justice is a wound without a cure. – William Scott Downey

Lawyers are the only persons in whom ignorance of the law is not punished.– Jeremy Bentham

A good lawyer knows the law; a clever one takes the judge to lunch. – Mark Twain

But the mere truth won’t do. You must have a lawyer. – Dr. Allan Woodcourt

Laws are the sovereigns of sovereigns. – Louis XIV

A jury consists of twelve persons chosen to decide who has the better lawyer. – Robert Frost

Law: the only game where the best players get to sit on the bench. – Author Unknown

It’s strange that men should take up crime when there are so many legal ways to be dishonest. – Author Unknown

Justice may be blind, but she has very sophisticated listening devices. – Edgar Argo

Justice is incidental to law and order. – John Edgar Hoover

Laws are felt only when the individual comes into conflict with them.– Suzanne Lafollette

Laws are like spiderwebs. They catch small flies but let wasps and hornets breakthrough. – Author Unknown

If you wish to be a lawyer, attach no consequence to the place you are in, or the person you are with; but get books, sit down anywhere, and go to reading for yourself. That will make a lawyer of you quicker than any other way. – Abraham Lincoln

It ain’t no sin if you crack a few laws now and then, just so long as you don’t break any. – Mae West

An unjust law is itself a species of violence. Arrest for its breach is more so. – Mohandas K. Gandhi

Judicial judgment must take deep account…of the day before yesterday in order that yesterday may not paralyze today. – Justice Felix Frankfurter

It is difficult to make our material condition better by the best law, but it is easy enough to ruin it by bad laws. – President Theodore Roosevelt

The law does not pretend to punish everything that is dishonest. That would seriously interfere with business. – Clarence Darrow

Law and order exist for the purpose of establishing justice and when they fail in this purpose they become the dangerously structured dams that block the flow of social progress. – Martin Luther King Jr.

No law was ever made by the people; they are made for the people. – Clarence Darrow

A lawyer with a briefcase can steal more than a thousand men with guns. – Mario Puzo

A judge is a law student who marks his own examination papers. – H. L. Mencken

The lawyer’s truth is not Truth, but consistency or a consistent expediency. – Henry David Thoreau

Lawyers are: By law’s dark by ways he has stored his mind with wicked knowledge on how to cheat mankind. – George Crabbe

A good lawyer never give up, until he wants to, or until he gets what he wants. – Tarun Singhal

He is no lawyer who cannot take two sides. – Charles Lamb

Laws should be like clothes. They should be made to fit the people they serve. – Clarence Darrow

A lawyer is a person who writes a 10,000-word document and calls it a brief. – Franz Kafka

Arguing with a lawyer is not the hardest thing in the world; not arguing is. – Raheel Farooq

The end of law is not to abolish or restrain, but to preserve and enlarge freedom. For in all the states of created beings capable of law, where there is no law, there is no freedom. – John Locke

A lawyer will do anything to win a case, sometimes he will even tell the truth. – Patrick Murray

In law a man is guilty when he violates the rights of others. In ethics he is guilty if he only thinks of doing so. – Immanuel Kant

No man’s error becomes his own Law; nor obliges him to persist in it. – Thomas Hobbes

The power of the lawyer is in the uncertainty of the law. – Jeremy Bentham

What I’ve learned over the years… judges are conscientious… not like lawyers, who give opinions. – Richard Cordray 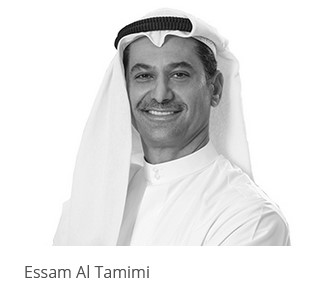